When Will Interest Rates Rise?

WHEN WILL CANADIAN MORTGAGE RATES RISE?

Canadian bond yields are soaring, but the central bank isn’t expected to raise rates. At least not yet, according to an analysis from BMO Capital Markets. Government of Canada (GoC) bond yields showed a multi-year high for annual growth in 2021. This means rising market expectations of the overnight rate climbing in the near-term. Despite soaring yields, BMO doesn’t see the Bank of Canada (BoC) raising rates in January. Public health measures make that unlikely, but they still do see an early hike.

The GoC 5-year bond climbed at one of the fastest rates ever last year. The yield ended 2021 at 1.264%, up 86.5 basis points (bps) from a year before. It was the biggest increase since 2009 and led the rise for GoC bond yields. Yields influence the cost of debt with similar term lengths. In this case, the most notable is the 5-year fixed rate mortgage.

Long-term GoC bond yields also showed a multi-year high for growth. The 10-year ended 2021 at 1.426%, up 75 bps from a year before. It was the most significant increase since 2013, according to the BMO analysis.

BMO doesn’t see a hike this month despite rising yields across the curve. “With pandemic restrictions being re-imposed throughout Canada, it’s tough to believe the BoC will be willing to hike rates as early as January,” says Benjamin Reitzes, the bank’s Canadian rates strategist. Adding, “…the first realistic chance at a hike looks more like March, which could provide some support to short-term bonds to start the year.”

The central bank’s most recent update said April would be the earliest they were prepared to hike. A March hike is still technically early by their schedule. Still, they abruptly killed their quantitative ease (QE) program a few months earlier. This left some strategists wondering if interest rates would get a much earlier hike, but it’s a bit of a reach. On the upside, extending low-interest rates will make it super cheap to borrow and try to keep up with high inflation.

Read the original article at https://betterdwelling.com/the-bank-of-canada-is-unlikely-to-hike-rates-until-march-despite-soaring-yields-bmo/

IF YOU'RE CONSIDERING A MOVE... LET US HELP!

by Ainsley Smith The COVID-19 pandemic has paved an unexpected path to homeownership for many young Canadians. Sure, mortgage rates ...Read More

Types of Mortgages You Should Know About

by Michelle McNally Just like searching for a home, there are many options beyond fixed or variable rates  when it comes to mortgages. ...Read More 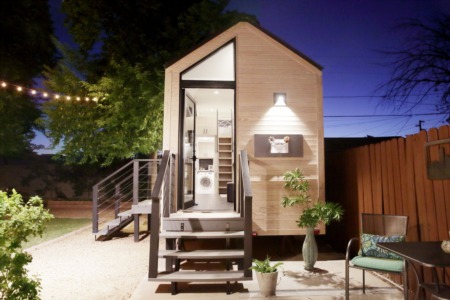 By Wendy Helfenbaum Whether you’re trying to break into the real estate market, downsizing from a larger home or longing for more ...Read More