Are Small Towns a Good Move?

Over the course of the pandemic, homeowners have been re-evaluating what they need most out of their property. For some, this has meant packing up and downsizing to a smaller city or community for greater living space, privacy, and a more relaxed pace of life.

Both statistically and anecdotally, we’ve witnessed buyers moving to the suburbs and other rural areas over the past two years. Small towns like Squamish, Wasaga Beach, Kingston, and Collingwood have been home to some of Canada’s fastest growing populations lately, a trend largely attributed to residents moving from urban centres in search of more affordable housing, according to a report from RBC Economics.

Why have buyers been moving to smaller cities?

Right now, there are two main reasons buyers are flocking to smaller Canadian cities—affordability and lifestyle.

Colin Breadner, a REALTOR® with One Oak Group at eXp Realty in Prince George, British Columbia, explains over the past two years, he’s helped more people move from larger cities to Prince George than he has in the last 15 years. Many of these buyers are from British Columbia’s Lower Mainland, and several from Ontario. Most purchasers are in their late 20s and early 30s, said Breadner, and have been struggling to get ahead in the country’s more expensive markets.

“Our cost of living is low enough that people who are starting off, if they come up here and work for a while, they can really get ahead,” Breadner said. “I know the people who have been moving up here are just basically priced out.”

For Ryan O’Donnell, a REALTOR® with RE/MAX Park Place in Sydney, Nova Scotia, the Cape Breton market has been driven by out-of-province buyers since the pandemic began, a pattern that was present even leading up to the COVID-19 pandemic. After years of outward population migration, the tides have started to turn as younger home buyers have returned to the Cape Breton area thanks to remote working and comparatively affordable real estate prices. Communities like Sydney offer everyday amenities, with the added benefit of a country lifestyle close to a downtown district.

“The pandemic really opened a lot of people’s eyes on what’s really important in life,” said O’Donnell. “Cape Breton, I think, offers a quieter, slower pace of life that is a little more laid back.”

What are buyers looking for in smaller cities?

Buyers who are flocking to Canada’s smaller cities are in search of all kinds of properties.

Dale Devereaux, a broker and co-owner with Century 21 Maximum in Red Deer, Alberta, explains many people are looking for more space.

“We’ve certainly seen a lot of people who have been working out of their homes and the home feels like an office,” said Devereaux. “I think you’ve seen some people take on some properties that are a little bit bigger, [and have] a little bit more room for the family so the office isn’t the living room.”

Compared to the rest of the country, Alberta’s real estate market experienced a downward trend during the first half of the pandemic, but has seen sales increase within the last year, explains Devereaux. Job opportunities and construction investments have piqued buyer interest, especially out-of-province buyers who are looking for income properties. In many cases, purchasers have relocated to Red Deer—conveniently located in between Edmonton and Calgary—to stretch their dollar and still be close to the bigger cities.

Devereaux explains, “Maybe their kids have lived here for a few years, they’ve gotten a little bit older themselves, their homes have gotten to a price where they are now worth over $1 million. They can come here, buy a home for $400,000 or $500,000, put some money in their pockets and be close to their kids. That’s the biggest movement I saw last year.”

In Cape Breton, purchasers have been interested in all kinds of housing options, including farming, waterfront and income properties, said O’Donnell. Cape Breton University attracts a large international student population into Sydney, which has opened opportunities for those looking to purchase property. The rise of remote working, which has enabled some buyers to move around the country with ease, has also played a role in what purchasers are looking for in a home.

“[If] they like the house and the property, they’re asking about the internet connection because they used to be based out of Toronto and they now have an opportunity to work the same job [from home]. I’ve seen a lot of people who are moving here for that reason,” said O’Donnell.

Is a smaller city or community the right fit for you?

If you’re looking to make the switch to smaller city living, there can be many upsides.

In Prince George, Breadner explains the benefits are purely lifestyle oriented. For one, it’s typically a shorter commute to amenities and workplaces. In larger centres where rental costs are higher, saving for a downpayment can be much more difficult, but smaller communities can offer a lower barrier to entering homeownership.

“You can buy a newer home here for probably half or a quarter of a big city. You can jump on an airplane and be in Vancouver, Calgary, [or] Edmonton within an hour if you want to go to those areas. And, because we have such a lower cost of living, you can afford those things,” said Breadner.

This article was originally published on the CREA website at https://www.realtor.ca/blog/why-a-smaller-city-could-be-a-good-move/25280/1361 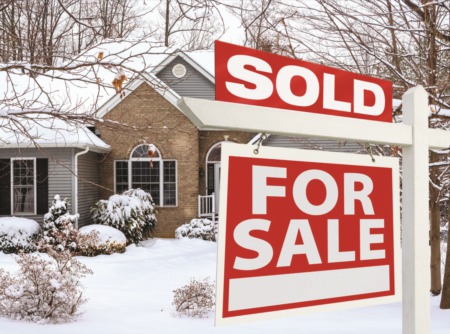 What to Look for When Buying a Home in the Winter

by Michelle McNally Purchasing a property in the winter can be a pretty chill idea. Buying in the wintertime can be advantageous for ...Read More 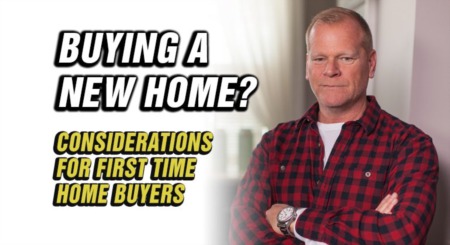 Considerations For First Time Home Buyers By Mike Holmes Buying a house can be a scary experience, especially if you are buying a house for the ...Read More