Thanks to social media platforms like YouTube, Pinterest, TikTok, and Instagram, there’s an almost infinite amount of DIY inspiration out there. However, before you tackle that built-in bookcase or refresh your home with paint, you should know the DIY world is full of common—but thankfully avoidable—mistakes. To help you navigate your next DIY project, we spoke with three local home-owning DIY pros about the most common mistakes that are made.

When renovating her home, Tobie (@tobesgoesdiy) says she didn’t do enough research on installing tongue and groove laminate flooring and ended up installing it backwards. Similarly, in one of her first tiling projects, Dalyn (@humpjackhome) thought the bigger the tile, the faster the job. Instead, measuring and cutting the large tiles was more time consuming and ended up being more unforgiving than small tiles would have been. What may seem like a simple and straightforward task can quickly turn into a complex—not to mention, expensive—project if you haven’t done enough research.

Not investing in the right tools and materials

DIY can be a thrifty option, but one common mistake is not investing in the right tools and materials at the beginning. After painting her bathroom, Paisley (@thehomebodyden) says she found the use of cheap rollers and painter’s tape had led to paint seeping beneath the edges. Instead of crisp lines, she had an uneven finish requiring her to meticulously fix the lines with a brush.

While it can seem cost effective to make do with the tools you already have or to try and find the cheapest option, fixing the mistakes caused by subpar equipment will end up losing you time and money in the long run. Not having the right tools for more technical or potentially dangerous jobs, like hanging drywall, could even put you at risk of injury.

Not knowing how big the project is

Not every DIY project can be done over the weekend! Make sure you’re fully aware of how much work a project will be and that you’re ready to give it the time and effort it requires. Working too much for too long on one project can lead to burn out, diminish your excitement and commitment, and cause you to rush or make more mistakes along the way.

Not considering your home’s quirks

A common DIY mistake is not considering how your existing walls and ceilings could affect your project. From how your walls were painted originally to whether your ceiling sags, your home’s quirks could quickly derail your DIY.

“I wasn’t prepared to work with my existing walls and ceiling, which affected me while I was installing the kitchen,” Tobie says. “My cabinets were sitting too high to the low part of the ceiling and some of the doors wouldn’t open.”

She ended up having to spend a lot of time shifting everything down to leave a larger gap between the cupboard and ceiling.

While painting seems like an easy DIY (so long as you have the right equipment), Dalyn says to beware of oil paint, which is often used in old houses, as regular latex paint will peel right off of it.

Not having an overall vision for your space

If you’re doing a larger scale project, like a whole room redo, it’s much better to have an overall vision before you start buying materials or décor. In the past, Dalyn says she would replace certain things as needed, such as a bathroom vanity. Afterwards, when she was ready to tackle the rest of the room, instead of getting to fully embrace the style she dreamed of, she had to work with what was already there.

Perhaps the biggest DIY mistake is not budgeting enough for a project. Surprise costs do arise and too many small one-off items sure add up (such as replacing that cheap tool you purchased thinking it would be OK). In Dalyn’s experience, DIY projects always end up costing more than you think they will, and suggests adding a cushion of at least 30% to your total estimated budget.

These six common DIY mistakes all lead to the same thing: lost time, wasted effort, and additional costs. Luckily, you can learn from those who have gone before and avoid most of these DIY mistakes through proper planning and attention to detail.

Have you had your own DIY fail? Share your story with us on social media!

This article was taken from the Canadian Real Estate Association website at https://www.realtor.ca/blog/6-common-diy-mistakes-you-can-avoid/25248/1367 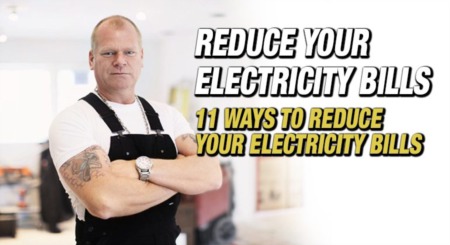 11 Ways To Reduce Your Monthly Electric Bills By Mike Holmes If you have watched any of my shows, you know I love technology. I always say it, as ...Read More 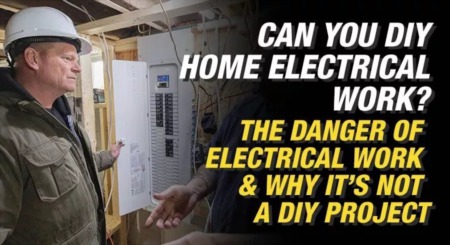 THE DANGER OF DIY ELECTRICAL WORK

Mike Holmes has long been a trusted name in home maintenance and repair across Canada. This post originally appears on his blog ...Read More

The Clean Energy Improvement Program is live in St. Albert! 60 homes will be able to borrow up to $50,000 from a Alberta Municipalities Grant to ...Read More